My most recent paper got some twitter promotion by some of the big names in the ICT world. First, my paper got into @ICT_Works and was published in their ICT4D Daily:

Between these two Twitter feeds, there are 10,000 followers. When I saw that they had retweeted my story, I expected a flood (or at least close to 100) hits coming through the link to my most recent paper, The Cloud and Africa – Indicators for Growth of Cloud Computing. Alas, not a single follower (according to WordPress’ statistics) of those twitter feeds clicked on my link to read my paper.

The reason I had been so excited about this paper  was the originality of the idea. I had never written a paper that was so quantitative heavy, but I had to go that route after I found the literature of Cloud Computing to be limited in the development sense. The few mentions of cloud computing in developing markets focused on India and China. So with the limited amount of data, I had to hypothesize and use what I had learned in class to make a prediction. One of the biggest things I’ve learned while being back in academia the past year is the proliferation of the fear of prediction making. So I decided to buck this trend and create a database that would predict which countries in Africa were most likely to embrace cloud computing as a development and economic solution. What resulted was a table that formed the basis for my Cloud Readiness Index. Certainly, it is not anything that would withstand academic review, but something I thought that could be a good conversation starter and one that could provide information to policy makers and businesses on which markets to examine further to determine if they would adopt the model of Cloud Computing.

My class presentation is here.

The table can be seen here.

My paper is linked to here

This past spring, I heard a lecture by a communications professor about Globalization in Africa. It was a very generic talk, covering many broad issues that concern Africans and policy makers. I was dissappointed to take nothing substantive away from the talk, as I felt it was simply a quick overview of basic themes and topics. However, it was during the second part of his talk, that on South Africa, that I become motivated for my latest paper, Globalization in Emerging Markets United: How South Africa’s Relationship to Africa serves the BRICS (Click here to Read). In no uncertain terms, the professor mitigated South Africa’s involvement in the continent in terms of trade and investment. For someone who claimed to have a special place for the Rainbow Nation in his heart, I was taken aback by the mistatement. Since his talk had contained numerous inaccuracies and misintepretations of South African history, I decided to bite my tongue rather than start a critique on his presentation after the Q&A part began. The talk did provide me an incentive to correct his statement through a research paper that would show how deep South Africa’s involvement with the continent, especially the Southern African Development Community (SADC). Then I would explain that the BRIC countries see this importance and have integrated South Africa into its organization.

The paper starts off by discussing Apartheid South Africa’s interactions with the continent during the time of Total Onslaught and the origins of South African hegemony in the region. It then explains the links through which South Africa and its neighbors are inter-connected by covering certain markets and business sectors that South Africa capital had swept into after the dismantling of anti-apartheid sanctions. The paper then specifially talks about South Africa Telecom by examining the New South Africa poster child for success, MTN, and their continental ventures.

Finally, the paper dives into the formation of the BRICS and South Africa’s invitation to join the organization this spring. By 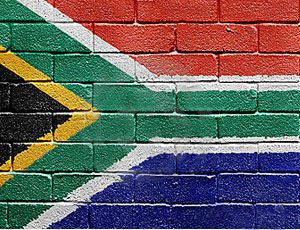 examining trade data from the International Trade Centre, I was able to show how strong South African trade is with the region despite its economy being of much smaller size than it’s new BRICS partners. It turned out to the one of the most empirically based papers I have written to date, but it allowed me to play around with charts and graphs that really made the information come through to visual learners like me.

With this data presented, hopefully a much clearer involvement of South Africa in Africa can be seen. As BRICS membership is likely to change the business and economy of South Africa, this paper would be a useful start for anyone beginning that journey.